Infant daycare is notoriously expensive and often comes with a long waiting list. Many daycare centers charge extra fees for babies, and parents often worry their baby won’t receive the same one-on-one attention that they get at home.

Parents’ Worst Struggles with Infant Daycare- From Expenses to Anxiety

In addition to the expense of infant care, parents experience a whole slew of infant daycare struggles. These struggles can range from long waiting lists to a conflict of parenting style, and it doesn’t stop there.

In most states, infant daycare costs almost double that of enrolling a three-year-old in daycare. Working parents are often faced with deciding whether maintaining both parents’ careers is worth the expense.

The cost of infant care is often described as equivalent to a second mortgage. Many families debate over whether it’s better to have one parent stay home. Add in the cost of daycare for a second child, and a huge number of parents are forced to say, “Forget it.” 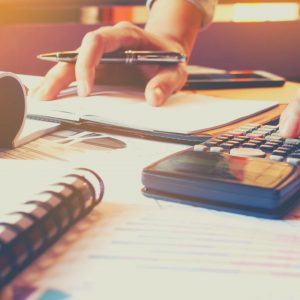 Daycares are notorious for long waiting lists. The younger your child is, the longer the wait can be. Waiting for a daycare opening certainly adds to a parent’s stress, especially if an opening hasn’t presented itself by the end of your maternity leave.

As first-time parents in a new city, Elena and her husband, Robby, faced this struggle. Because they couldn’t find a daycare that could accept their infant son, they almost had to delay starting their new jobs. But then, Elena remembered that her husband had Au Pairs growing up.

“I had some reservations,” Elena admits. “There were already so many changes going on.”

But they hired a Colombian Au Pair, Sandra, who quickly became part of the family. Now, Elena says, “I cannot imagine my life without her because she is a part of our family and she wants what is best for our son and for us.” 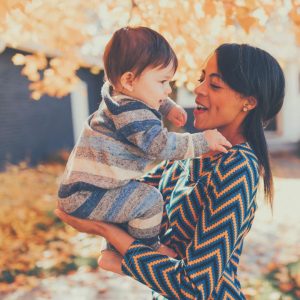 Whether you’re a first-time parent or you’ve done this before, leaving your infant at daycare can feel traumatic. At best, you know your baby is one among many children who will need attention from the daycare workers. Even though you know they’ll receive wonderful care, you also know it’s not the same as when your child is with family.

Add in watching your baby go through separation anxiety, and the guilt and anxiety parents feel over leaving their baby in daycare becomes very real.

Mike, a new father, was terrified at the thought of leaving his newborn, Ruby, with a stranger. He refers to finding childcare for Ruby as “the most panic-inducing decision of our lives.” But with two working parents, they had little choice.

Mike and his wife, Suzy, decided to host an Au Pair because they knew Ruby would receive more one-on-one attention than at daycare. Within a few hours of being alone with Ruby, Lua was able to help the new parents set their anxiety aside. 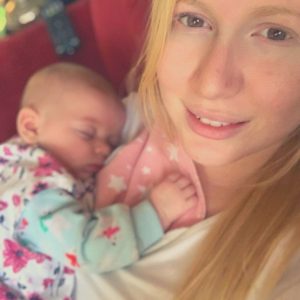 “I knew everything was going to be okay,” Mike says. “We know that our daughter’s life has changed for the better in the simple interactions between the two of them.”

When a childcare provider isn’t open to your child’s needs or is inflexible in the face of your parenting concerns, it can cause unneeded stress. You want to know that your childcare arrangements are the best possible thing for your child. But it’s difficult when you feel boxed in by the afore-mentioned infant daycare waiting lists. 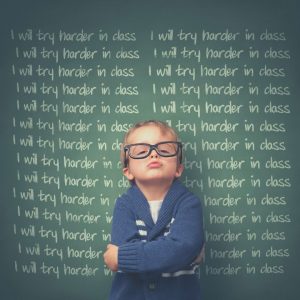 The good news is that Au Pairs aren’t daycare workers. Their motivation for becoming an Au Pair often has to do with a love of children and a willingness to learn about another culture (and by extension, other methods of parenting). Compared with a daycare worker, who may simply be motivated by the need for a job, an Au Pair sounds like a much better alternative.

Tiffany is a Host Mom who had many of the same concerns as other parents of newborns. She says, “The idea of my child being one in such a large number of children terrified me.” 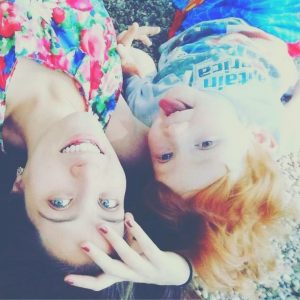 She knew that it would be much harder to oversee how her little one was being raised if she sent him to daycare. So, Tiffany found the perfect Au Pair for her family: Angelica, from Colombia.

“The guilt that I had leaving my child in daycare has been alleviated,” she says. “I don’t have to worry about the children being taken care of in the way that I would want them to be cared for… When I come home from a long day at work I can sit down and truly enjoy my children instead of running around to get their homework done, their clothes washed and the lunches packed for the next day.”

Knowing that your baby will likely receive less one-on-one attention at home than at daycare doesn’t do much to set your mind at ease.

As a parent, you want your baby to be the center of attention and have all the best cognitive development. Even if your infant daycare is truly amazing, it’s hard to know for sure that your baby will receive the best attention 100% of the time. 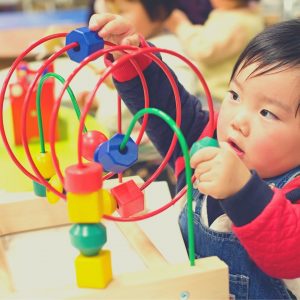 This is where Au Pairs are truly more valuable than other childcare options. Even if you have other children, your Au Pair will be able to dedicate more one-on-one time to your baby.

As a new mom to twin boys, Bethany knew she needed help. She sought out an Au Pair and found Felipe, a Brazilian Au Pair who she calls “the best decision we’ve ever made.” 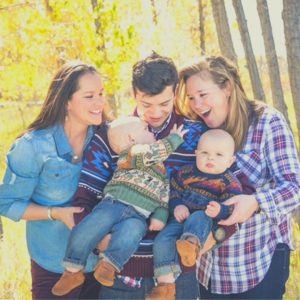 “Our boys absolutely adore Felipe,” Bethany explains. “They get so excited when they hear him coming down the stairs to start their day together… He makes every day better for us and our boys [with] relentless energy and pride in his job.”

Not Enough Flexibility for Your Schedule

Nothing’s worse than getting charged exorbitant fees by your daycare just because you got stuck in traffic. Or paying for more childcare because your daycare can’t cover your work hours.

If you need more flexibility, Au Pairs are the most flexible childcare option around. They can work up to 10 hours/ day and 45 hours/ week, and their schedule is completely up to you (as long as they get days off, too). 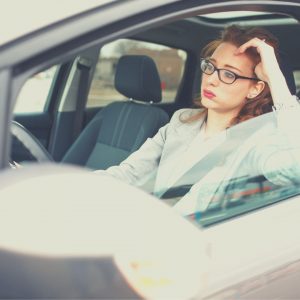 Au Pairs can work morning or night. Often, they can change their schedules with less notice than a babysitter or nanny.

Tom, who started hosting a Chinese Au Pair in November 2017, says flexible scheduling has been “a real lifesaver” for his family.

“Several times, we’ve had last-minute changes due to work arrangements or illness,” Tom says. “Jolin has always stepped up and offered to accept schedule changes without hesitation, even if that meant changing her days off or working later than expected.” 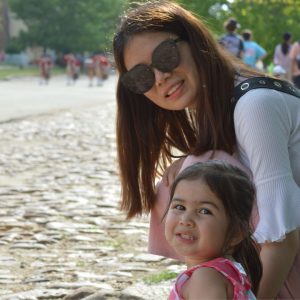 Having this kind of flexibility is a huge game-changer for most parents. Tom and his wife, Precious, got to experience first-hand how valuable it is when you don’t have to take unplanned time off from work.

Ready to hire a childcare provider who can watch your child in the comfort of your own home? Someone who can become a true member of your family and a friend for life?

Register now! You could even start talking to Au Pairs today.