Considering Extending With Our Au Pair 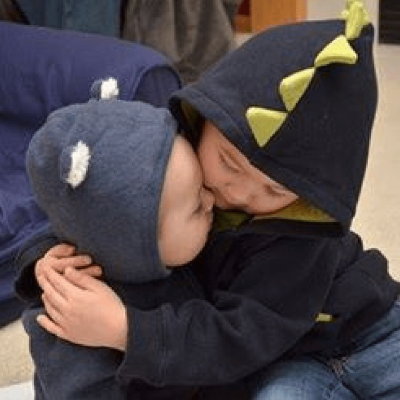 I think it’s fairly obvious by now my Au Pair is a very good match with our family. After about six months of hosting, I have been looking more closely into the details of extending. Initially, when the search for our very first Au Pair began, one of my major requirements was to find someone who was willing to extend for up to another full year. Luckily, I found someone was a good fit and who was willing to extend, but shortly after her arrival, she informed me that she would only be able to extend for a maximum of nine months.

Not having things go exactly how I had wanted them to go (being able to host the same Au Pair for two years), I was moderately annoyed at first. However, after learning more about the fact that many European girls come to the USA for a year between high school and university, I came to the logical conclusion that it was rare to find someone from Germany who was willing to forego university to help us out. Since our Au Pair arrived in late September, if she were to extend for another 12 months, that would mean she would have to miss the start of yet another year at University, and that gap in her life was just too long.

Of course I can understand not wanting to put your higher education, your career, and your future on hold just to help out a family with their children. At this point, to extend or not to extend isn’t the question. There are so many benefits to extending (if, of course, your Au Pair is a great fit for your family): not having to set up another bank account, not having to take more trips to the oh-so-efficient social security and DMV offices, not having to get comfortable with someone new in the house, not having to get someone up to speed with the children and their habits and routines, and so on, and so forth…

Currently, we are in the midst of weighing the benefits and downfalls of a six- versus a nine-month extension. The benefit to a six-month extension is that everything “annoying” is cut exactly in half: half of the required yearly educational credits (3 credits), half of the educational stipend ($250), and half of the paid vacation time (1 week). The negative is that after paying for another six months, we’ll be on the hook for the next Au Pair’s year-long fee sooner than with a nine-month extension… (I’m just saying that while Au Pair childcare isn’t necessarily the cheapest option in my mind, it is something I’m not willing to give up after I’ve experienced it!)

With a nine-month extension, I have an issue with how the “annoyances” aren’t broken down equally: i.e. cut into 2/3. Host families are required to put the full year’s amount of $500 toward another full year’s worth of educational credits (6) that would then have to be completed within a shorter amount of time. With Go Au Pair, vacation time is divvied up more fairly to 10 days instead of the full 14 days, but there are other Au Pair companies that actually require another full 14 days of paid vacation for a nine-month extension.

Having to deal with and pay for a year’s worth of annoyances for three fewer months just doesn’t seem worth it to me or to my husband so in our minds, it makes the most sense to opt for a six-month extension. Obviously, each situation is different, and if the time of year or circumstances call for a Host Family to extend for nine months, great! That’s why Au Pair childcare is so wonderful – because of the extreme flexibility it allows for.

Whether or not you choose to extend with your Au Pair is completely dependent upon your and her situations. If, however, you have it in your mind from the start of the search process that you would like to host someone for more than one year, it is a good idea to discuss that with potential candidates so that you aren’t disappointed later on in the process.

Before I matched with my Au Pair, I met a former Au Pair at the hair salon, and she was back in the US visiting the family that she had lived with for a year. Also from Germany, this girl told me she wished she had considered extending beyond her year because as she was leaving and when she went back home, she was filled with so much sadness and regret that it broke her heart.

No Host Family or Au Pair can predict the evolution of life that can occur over the course of one year, and keeping an open mind to extending may prevent sadness and regret on behalf of either party. Never dismiss the possibility of extending, and keep communicating with your Au Pair about her inclinations as well. Regardless of an extension or no, the inevitable time of departure and separation is inevitable so make the most of your time together!

About the Author: Cyndi Frick

Cyndi M. Frick, COO at Paris Honoré, is a very busy mother of two amazing little boys. If not for the flexible help that her Au Pairs afford her, she would not be able to successfully run multiple businesses at a time. Follow along with this real-life Host Mom on through the ups and downs of her Au Pair journey.