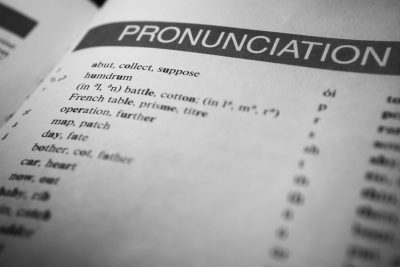 Learning a new language can be an incredibly rewarding experience. It not only helps expand one’s perspective and gain access to a whole new culture but also has numerous cognitive benefits, which are especially prominent at an early age.

Unfortunately, in the United States, only 20% of students learn a foreign language. That number is dwarfed by Europe, where the median percentage of students learning a second language is a staggering 92%.

The good news is that learning a second language is much easier today, with numerous services and tools available to make the process accessible and convenient.

The benefits of learning a foreign language span well beyond the ability to communicate. It offers various cognitive advantages that translate into various aspects of a person’s life.

Here are ten powerful benefits that make a compelling case for those wondering, “why learn another language?”

One of the tremendous benefits of learning a new language is it significantly boosts a  child’s reading ability and speed. Learning any language involves quite a bit of reading to understand how the language works. This also requires analyzing how the words connect. Both require a great deal of focus.

Discovering how language patterns work will tremendously boost a person’s ability to read, both in the new language they are learning and in their native language.

A language is not just a way to communicate but also a window into a different culture and way of thinking. That’s why one of the most significant benefits of knowing a second language is having the opportunity to expand one’s perspective on the world.

Knowing a different language also opens up opportunities to communicate in a foreign country or with people from another place. These eye-opening experiences are crucial for children and adolescents who want to expand their language and perspective.

Being able to communicate with people in foreign countries is one of the most valuable benefits of learning a second language. Instead of trying to get by with English, you can immerse yourself in the local culture and have much more rewarding experiences with people and communities.

Over a lifetime, the second language can become a vital part of some of the most rewarding relationships a person will form.

The benefits of learning another language don’t end with being able to communicate better. They directly correlate with a person’s income potential over their lifetime.

According to some studies in Europe, knowing a second language can help increase your salary by as much as 35%. Communicating with people from different parts will become even more critical in a world that’s becoming increasingly global. That is why those who know multiple languages will be in a much better position to succeed.

At the same time, knowing a second language will open up new career opportunities that might not otherwise be available. Today, many high-level professionals are being offered jobs worldwide, often requiring them to know another language to make the transition easier.

Additionally, with remote work opportunities becoming more common, it’s now possible to work for a foreign company without even needing to leave the country. Ultimately, knowing a second language can make the process much more comfortable.

Developing good memory capabilities requires practice from a young age. Learning languages is one of the best ways to stimulate a person’s memory ability and improve their ability to categorize and store information in the brain.

No matter what background a person might be coming from, they will likely deal with situations where they’ll need to communicate in a language other than their own. When that happens, knowing another language can have direct and indirect benefits in handling these situations.

If they need to communicate in the language they already know, that will make them more confident by default. But even if it’s another language, by merely learning two languages, they will be more likely to recognize some words and know how to communicate the core message more effectively.

Being able to focus is a key skill that must be developed early. Learning a language is the perfect way to systematically improve the vital skills that go into being able to concentrate and go through any type of task effectively.

Learning a new language requires a good memory and the ability to plan, structure information, solve problems, and multi-task, among other things. These skills are incredibly important and will easily translate to almost any future challenge a child might face.

If you’re considering whether the benefits of learning a second language can apply to your children, the good news is that it’s actually much easier to learn a language at an early age than later in life.

Even though anyone can learn a new language, and there’s no age when it becomes impossible, a young mind is much more capable of quickly absorbing information and mastering a language.

Finally, learning a second language can boost a child’s cognitive development, making it easier to overcome various academic challenges in other fields.

The great thing about learning a language is that it’s a very intuitive process humans are naturally wired to respond to, which makes it the perfect tool for training and enhancing various cognitive abilities that boost brain development.

In this article, we’ve covered ten powerful benefits of learning a second language that children (and adults) can enjoy. Now, it’s time to actualize it!

If you want to enable your child to learn a new language at a faster pace, Go Au Pair offers hundreds of qualified Au Pairs for you to consider who can help. To learn more, register for free today!

About the Author: Michael Green

Michael is Go Au Pair's Internet Marketing Specialist and Webmaster, with over a decade of marketing and SEO experience. He enjoys motorcycle riding, camping, and all the furry critters.