Would You Talk About Your Nanny This Way? 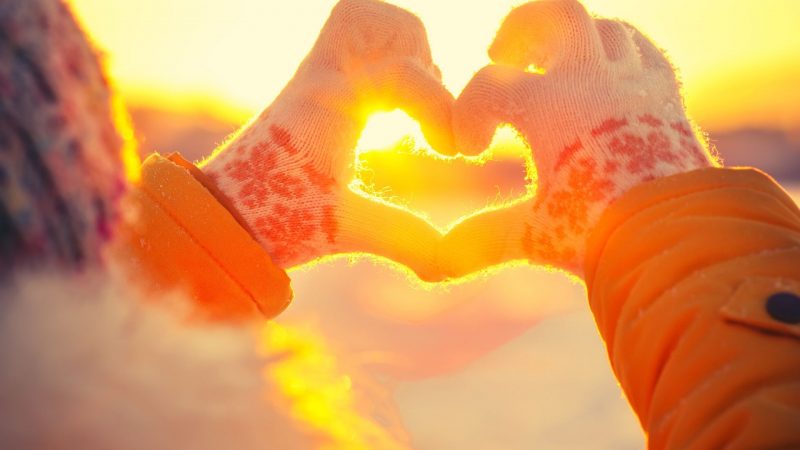 Living with a stranger can seem daunting. Live-in childcare arrangements often make people wonder why a family would make room in their private home to accommodate a stranger.

It’s hard enough to live with your biological family sometimes. So why would anyone want to live with a stranger?

Aside from the obvious benefits of having someone physically present in your home—not having to wake the kids up before you go to work, an extra set of hands to help get the kids ready and drive them to school—one mom has been telling everyone how her Brazilian Au Pair has changed her life in unexpected ways. 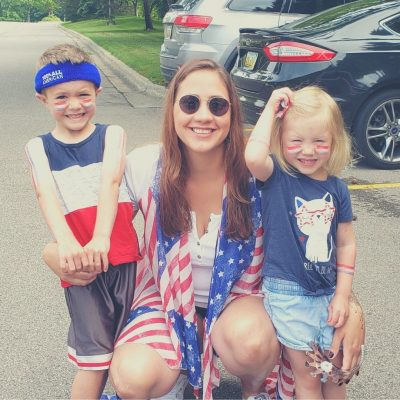 Why These Working Parents Invited an International Guest to Live with Them & Care for Their Kids.

Ben and Cambria are working parents with three young kids. Both parents work long hours, which makes it challenging to chauffeur little ones to and from daycare, kindergarten, and half-day preschool.

Because they needed a driver and someone who could stay at home with their two-year-old, Au Pair childcare made perfect sense. Plus, they wanted something more than just childcare—a relationship with someone who would truly care for their child, and a once-in-a-lifetime cultural exchange experience.

Their childcare arrangement is often met with a barrage of questions. Friends & family are shocked to learn that they decided to host a stranger in their home.

After all, the very nature of the Au Pair program means families sign up to host an international young adult for up to two years.

Ben and Cambria went into the program knowing it doesn’t always work out perfectly. Yet, they were optimistic when they found Talme, an Au Pair from Brazil.

Cambria says she wishes she could pinpoint exactly why Talme stood out to them. “It was just a feeling,” she says, “as cliché as that sounds.”

They were drawn to match with her by a feeling that she was the best fit for their family.

Many other Host Families say they felt a “click” when they found their Au Pair. It’s just a gut feeling, similar to knowing you want to be friends with someone or marry your life partner.

This is exactly how Cambria describes her relationship with Talme. She says it was like welcoming an old friend home, or reconnecting with someone you haven’t seen in a long time.

She was the first and only Au Pair they interviewed, but Ben and Cambria never questioned their choice.

It turned out to be a better choice than they ever could’ve imagined. 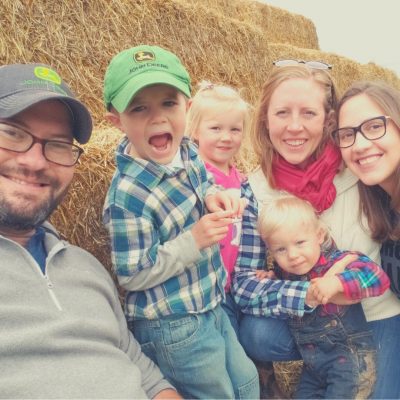 When Talme arrived in their home, it felt to the family as though she’d always been there. It was simply meant to be, a part of their family they’d never realized was missing.

Cambria struggles to find the words to do their relationship justice.

“The best I can do,” she says, “is impart some of the feelings that have resulted from her daily actions.” She gives the example of coming home from work to find the kids so engaged with their Au Pair, they don’t even notice she’s home.

Many parents would feel bittersweet about this. But this is a sign to Cambria that she made the right choice for her kids. She says this knowledge is embodied in the little moments, such as “when you see your children’s drawings always include their Au Pair ‘sister.’”

Or, “The feeling when your toddler finally starts saying ‘I love you,’ but he only says it in Portuguese.”

It’s moments like these that can bring parents to tears, realizing how meaningful their child’s time is when they’re away at work. Certainly, most other childcare arrangements can’t compare to the depth of this type of relationship.

Now, the kids see Talme as an “older sibling,” and Ben and Cambria view her as a friend. 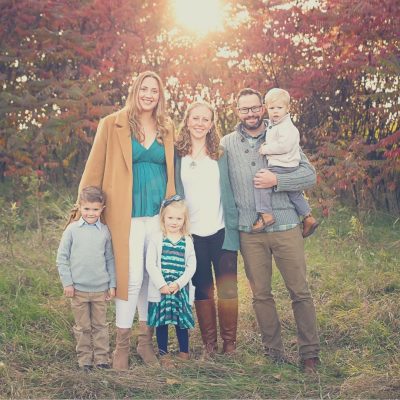 Talme Has Enriched Their Lives and Altered Their World View.

Talme hasn’t merely completed their family. Each family member’s world view has changed and Talme has given them “something more than they could ever learn from a book.”

“She has impressed upon our family a unique view,” says Cambria. “Culture, food, language, and traditions that we have come to respect a great deal.”

This is one of the benefits of the Au Pair program that’s hard to find anywhere else. Not only do Au Pairs learn about U.S. culture, but they’re typically excited to share their home culture with their Host Family.

It’s hard for the family to imagine life before their Au Pair.

Talme’s home traditions also translate into small, everyday gestures. She herself might take such gestures for granted. But they mean a great deal to her Host Family.

Cambria recalls a time when she was sick and could hardly move out of bed. Without being asked, Talme made her a cup of tea, just like she would have for a family member at home. This act, though small, will stay with Cambria forever.

This is why Cambria says she welcomes questions from friends and family about their childcare arrangement. She believes other people deserve the same life-changing experience. 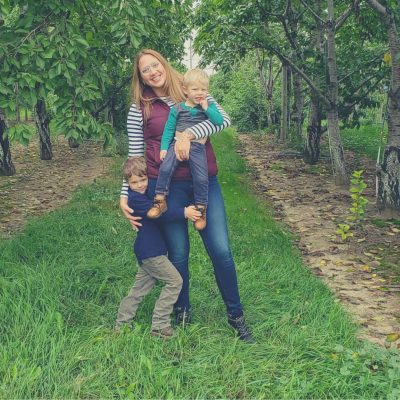 “[Talme] has created relationships with my children that are so close and meaningful, I dread the day she must leave us,” she says. “It doesn’t work out this way for everyone, but there is something so satisfying about taking such a risk and having it pay off tenfold.”

Living with an international visitor may not be for everyone. But the Au Pair program affords a unique way to share your culture and while experiencing another culture. For participants, the Au Pair program is more than just an ideal childcare arrangement.

Indeed, this arrangement seems almost more meaningful to the parents than to the children.

Still attempting to quantify what their relationship means, Cambria says of Talme, “She has enriched our lives in a way I hope our children will never forget—I know I won’t forget. She means comfort; she means support; she means relief; she means connection; she means the world.”