At First, This Single Mom Worried Her Au Pair Was Too Young 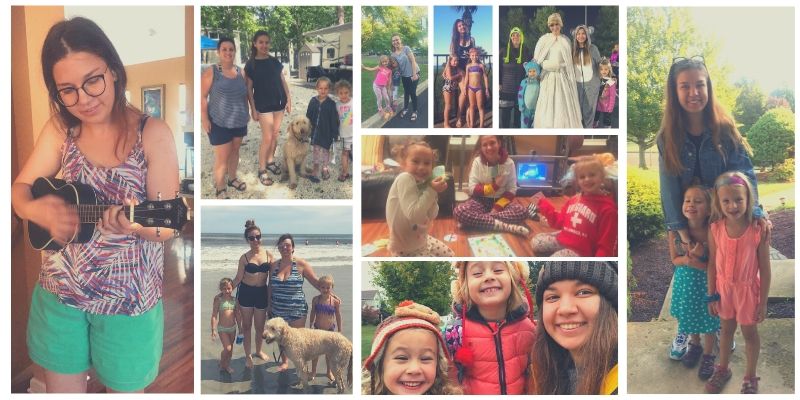 When I think of how to describe our au pair Yuliia, I think of three words – empathy, playfulness, and creativity.

Choosing an au pair that was only 19 years old was a risk for me. I had concerns and I wondered if someone so young could be responsible and take as good care of my kids as my 26-year-old former au pair. But after speaking to Yuliia on Skype I could see her great personality and maturity shine through and I decided to choose her. She turned out to be a great choice. When she came to replace our first au pair, my girls Eliana and Mariella instantly bonded with her, and it’s easy to see why. She possesses the qualities that make her a great au pair.

Let’s start with empathy. Empathy is defined as the ability to understand and share the feelings of another. Not only does Yuliia care about the feelings of the kids and their well-being, but she also cares about me. Two recent occasions come to mind where Yuliia demonstrated this. When my oldest daughter Mariella got a stomach virus and was vomiting all day, Yuliia took great care of her on her own, trying to make her feel comfortable, she stayed with her in her room, rubbed her belly, attempted to feed her, and cleaned up the mess without being squeamish. Normally being sick is when your child really needs and wants their parents, but Mariella trusted Yuliia to take care of her during that time which allowed me to go to work as usual.

Another moment was when I was sick myself and laying in bed with a virus and fever. Yuliia brought up my meals to me without me asking for that, but I truly appreciated it because it really helped me as I had no energy to do this myself. She didn’t need to do it but she did it out of love and compassion. That is true empathy. 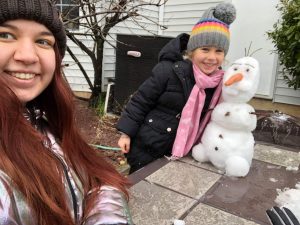 Yuliia is also very playful, almost childlike. She loves the same Disney princesses and cartoons that my kids like. She loves to play with toys with my kids and keeps them occupied for hours. It’s no wonder my kids bonded with her so quickly. She is just another playmate for them.

Yuliia is also very creative. For both my daughters’ birthdays, she organized a scavenger hunt throughout the house so it would lead to various little presents that she hid.

All these qualities make Yuliia a great au pair. I know she is mature and responsible, as well as empathetic, playful and creative, which makes her a great fit for our family.